This is an amazing book. Eliza Factor’s writing bumps up against magical realism time and again in the most wonderful way, and yet remains excruciatingly real. It is a story about a man with a utopian vision—which he tries to embody in the life of a small town (Pristina) near the Texas/Mexico border—that is founded on the grinding, toxic work of mining mercury. Quicksilver – “liquid silver with the quick of life”—is at the center of Pristina’s lifeblood. Mercury, its toxicity barely grasped at the turn of the last century, was for a while considered to hold the cure for just about every ailment, in addition to being useful in all sorts of manufacturing processes.

Owen Scraperton, the American visionary and owner of the mine (he won the title in a poker game), is convinced that his utopia, built on the “Principals of Pristina: Clarity, Unity, Purpose”, will become a model of of racial tolerance, agnosticism and scientific rationalism for the world. His wife, Dolores, a Mexican of the old, now poor aristocracy, is less sure, and their only child, a strange, snake-whispering daughter named Victoria, bounces between her two polarized parents in a world undergoing the radical changes of revolution, economic downfall, and the modernization of work, culture, morality and communications. A definite must read. 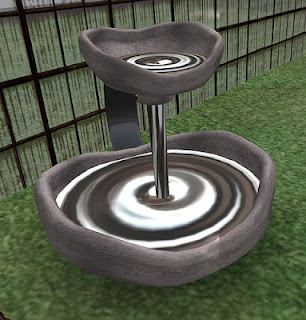 In the story, Owen builds a large fountain in the town plaza that has mercury flowing in it instead of water. Here's a photo of a contemporary mercury fountain to get a sense of what that would look like. Eerie!

[From my review from Issue 60, May 2012, of the Historical Novels Review -- www.historicalnovelsociety.org]